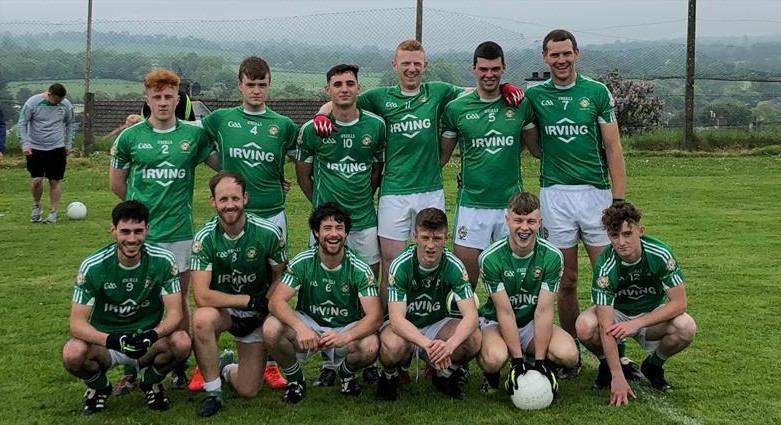 Published: about 1 year ago

Well done to our Premier Intermediate footballers who sent a squad over the border to the Clashmore 7’s tournament. An enjoyable day was capped off with a winning result when Aghada beat Ballinacourty in the final of the tournament. Shane Bennett as captain collected the trophy and to chants of “There is only one Pearse O’Neill”, the Brickey Rangers players shouldered the Aghada great from the field!!

Congratulations to Midleton who won the 2nd ever Super 11’s format U21 hurling tournament held in Rostellan on Bank holiday Monday last. 4 teams were entered – Aghada , St Catherines, Carrigtwohill and Midleton. After the round robin games, Carrig and Midleton contested the final, with Midleton running out deserving winners. Aaron Mulcahy was man of the match in the final, scoring 4 goals. Well done to Trevor O’Keeffe for staging another successful event. Its really a great idea and provides some very entertaining hurling. Thanks to Ronan Dwane for his help also and to the referees who officiated on the day. Special thanks to Pat O’Connell and John Motherway who had the grounds in truly exceptional condition.

The latest draws for our 1st teams were made recently. In football we play a back door game against Eire Og. A very difficult draw, but one I’m sure we will be looking forward to none the less. In hurling after beating Cloyne, we are in the front door where we will play the winners of the Youghal v Carrigaline tie.

Looks like we are going to play all our Prem Inter hurling league games next week!! And have a clear run at the year after that!

Sunday 9th 2pm in Rostellan we play Barryroe (this was rained off after 10 minutes earlier this year). Then Tuesday the 11th at 7:45 again in Rostellan, this time against Blackrock. And then on Saturday the 15th we are away to Eire Og at 7pm.

In the Jb hurling County league we had a good win last night (Thursday 6th) in Rostellan against Kilbrittan. Trailing 1-7 v 0-4 at halftime, the introduction of Charlie Terry made all the difference, with the young forward hitting 2-4 in the second period. Luke O’Connell hit 3 points from play while his cousin Rory also helped turn the tide when introduced. Final score Aghada 2-13 v Kilbrittan 1-13.

The current jackpot is €6,750 and the next draw is on Thursday 13th of June. Last week’s numbers were 2,3,8,23. There was no jackpot winner, but congratulations Phil Sheehan, Catherine O’Neill, Jem and Eleanor, Eileen Triggs and Geoff Baugh who each won a €30 lucky dip.

Club Newsletter with updates from Chairman and Secretary

Suspension of Training and Matches

As you will all know by now on foot of today’s Governmen...

Get live information for Club on the ClubZap App